Welcome to my Blog!

Organising the first PyCon Zimbabwe, which was held on the 24th -25th November was a long process and long journey faced with many challenges. First and formost, we had to travel more than 33hrs hours by road to Windhoek to take part in PyCon Namibia and learn and travel a similar journey back! Its not something I would enjoy talking about because it sounds so crazy and yet it was so necessary. We had to organise other events here in Zimbabwe, in preparation for PyCon Zim as well as travel to Cape Town for PyCon ZA.

We also faced financial challenges as we could not get funding from The PSF due to targeted sanctions against our country. This made it almost impossible for us to hold the event but we are so grateful to all our friends in the global Python community who supported our crowdfunding project. We are also grateful to all our sponsors and partners, The Python Software Foundation, Django Software Foundation, Siege Communications and GitHub for making our event possible. We are also grateful to all our speakers and attendees for making the event a success, we couldn't have made it without them. Special gratitude to our visitors and speakers Gabriel Nhinda (Namibia) and Petrus Janse van Rensburg (South Africa) and our keynote speakers Amanda Gelender (United States of America) and Mike Place (United States of America).

You all go down in history for making the first ever PyCon Zimbabwe a success! Thank you!

Django: Under The Hood was organised by the Dutch Association and brought together Django developers from all over the world to learn about Django internals as well as contribute to the development of Django. As a local Django Girls organiser, I applied for the diversity scholarship and I was accepted! I got full funding to travel to the Netherlands for the conference for 2 days of talks and 2 days of sprints.

I learnt a lot from the conference, especially as a Django newbie. I realised there is still so much to learn about the framework and a lot to discover. I also got a chance to contribute during the sprints. I chose to work on a Django Girls website ticket, which I am still working on now. I hope to be submitting a pull request soon, especially now that my biggest distraction, organising PyCon Zimbabwe 2016 is over.

I also got a chance to meet and dine with some of Django's core developer team and it was an awesome experience! I also met Django Girls founders, Ola and Ola, the Django Girls support team and many more cool developers from all over the world! I guess the greatest lesson for me from the conference was that anyone can contribute to open source, even beginners like me, and I am going to start contributing to open source projects now.

Of course, I have been making non-code contributions for now by organising Django Girls events, organising and speaking at PyCons here in Africa (and this has resulted in me being honored with Django Software Foundation membership by the way). I realise however, as a programmer, I can make even a greater impact by contributing through code and that is something that I will work on now and take some time off my own projects to contribute to open source projects.

I must say I have had a very eventful year, particularly the last four months of the year. I had a Django Girls event in September, PyCon ZA in October and then Django: Under The Hood and PyCon Zimbabwe in November. I almost thought I would not make it for PyCon ZA due to a busy schedule but after seeing their continued call for proposals on several mailing lists I decided I had to be there for my neighbours.

I managed to get my talk, Open Source Software Initiatives in Zimbabwe, accepted and get full funding to attend and speak at the conference. I also managed to get selected to be a panelist in the discussion on Python in Education and I was able to share my experiences on teaching Python. So for the first time, I actually had a video on YouTube, yay! Thanks to PyCon ZA for that, and the conference was so awesome and organised. So much to learn from all the interesting talks and workshops! Better yet, we had one of the speakers at PyCon ZA speak at PyCon Zimbabwe, yay! 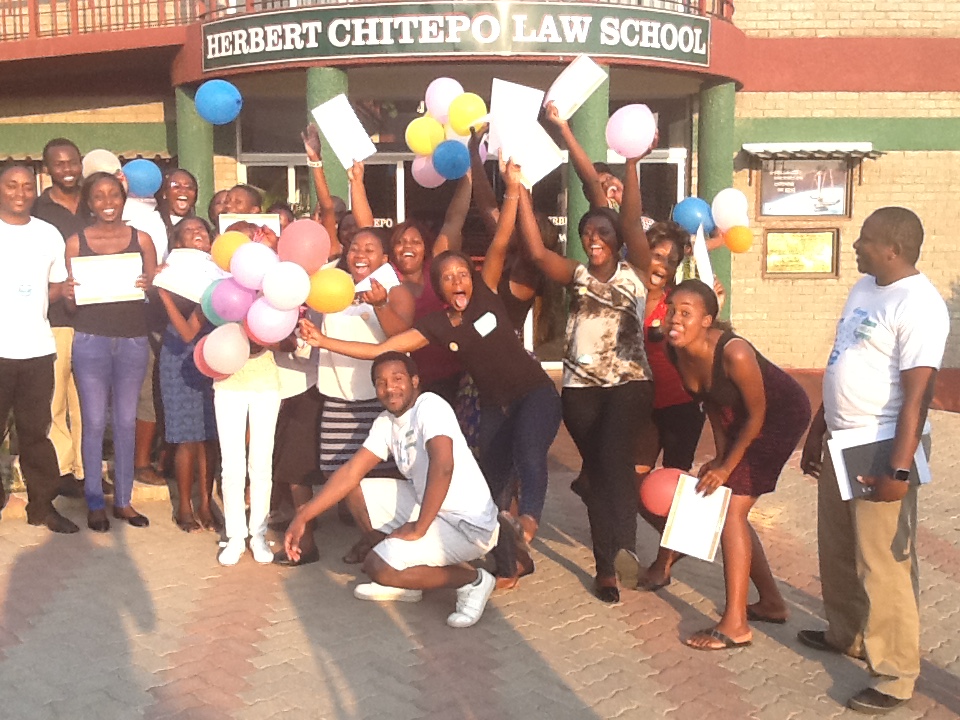 Our second Django Girls event took place in Masvingo, at the Herbert Chitepo School of Law campus. The event was organised by Humphrey and I and hosted by the Great Zimbabwe University Department of Mathematics and Computer Science. The event was originally scheduled for the 20th of August 2016 but had to postponed to 24th of September 2016 after facing some sponsorship challenges. The issue was later resolved and the event was a success.

The event introduced 18 women and girls to coding with Python and Django. We had six coaches traveling from Harare to Masvingo just for this event and the response was awesome. Most of our attendees were students from the Great Zimbabwe University and Masvingo Poly Technical College who had done some programming. They were so fascinated to learn and discover how Python was so easy to learn compared to other languages they had been exposed to.

An important lesson learnt though from organising this event was that we need to contextualize the events so that they suit our environment. Masvingo, like most parts of Zimbabwe, has a low internet penetration rate. As such social media marketing did not work just like online applications. I had to make a separate trip to deliver hard copies of application forms and market the event to get more applicants. This therefore limited diversity of applicants as I could not cover more ground.

The good thing is that the event paved a way for PyCon Zimbabwe 2016 and so much that happened in organising this event leveled the ground for PyCon Zimbabwe. I was also glad to finally give back to the community that raised me, my hometown, by impacting the lives of young women there. I first learnt to code in Masvingo, at Zimuto High School and hence it was an awesome experience teaching girls in Masvingo to code!

Unknown to us and many people in the Python community in Zimbabwe, some universities are already using Python to introduce programming to Computer Science students and teach data structures.This means we already have a huge audience for Python in Zimbabwe, who would benefit from a Python Conference.

We have already managed to establish a partnership with a local university to host us for our first Python Conference in Zimbabwe in September. We are also looking for possible sponsors for the event. We are planning on a mini-event, with at most 2 days of talks and workshops. We hope to have another Django Girls Harare event at the same time. We are looking for speakers who can share on Python application in the following areas: 1. Geo-computation and GIS, 2. Django 3. Data Science 4. Parallel and distributed computing.

We will be opening our call for proposals soon. Hope to see you in Zimbabwe in December!

using pytest would be